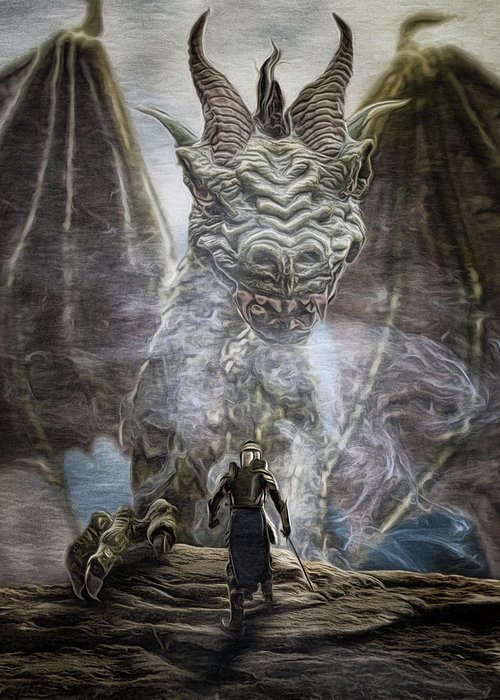 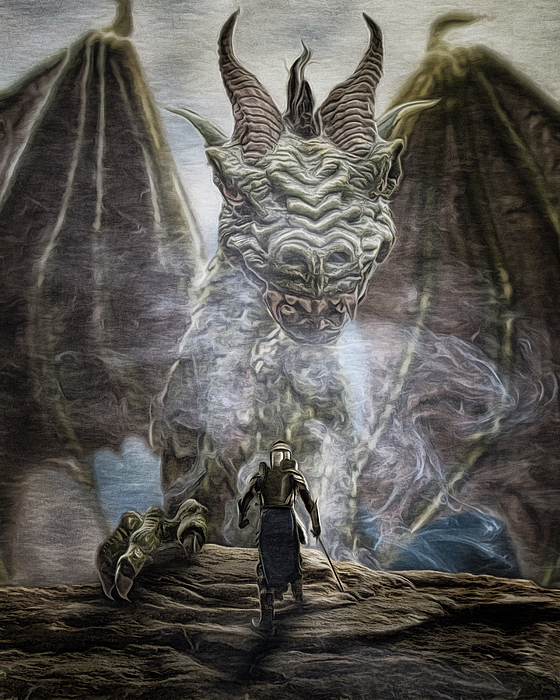 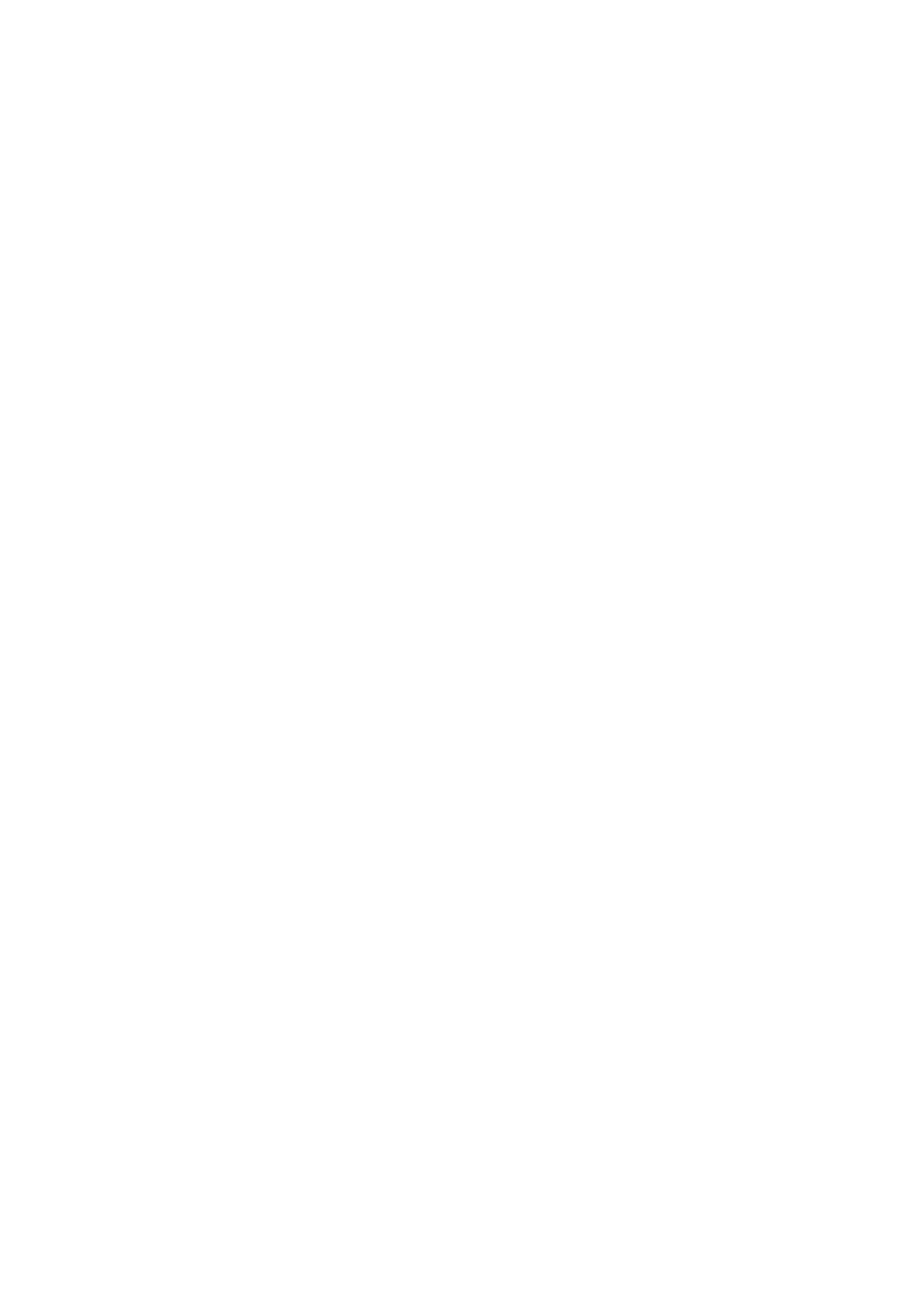 This brave knight heard there was a dragon threatening the kingdom and took a quest to rid them of their problem. He gathered his nerves and went... more

This brave knight heard there was a dragon threatening the kingdom and took a quest to rid them of their problem. He gathered his nerves and went into the mountains to find the dragon's lair.Do not meddle in the affairs of dragons for thou art tasty and good with ketchup.